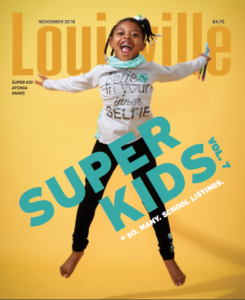 In September, Matthew Barzun purchased Louisville Magazine from Dan Crutcher, who had owned the magazine since 1993. Matthew served as U.S. ambassador to the United Kingdom from August 2013 to January 2017, and as U.S. ambassador to Sweden from August 2009 to May 2011. He joined CNET Networks in 1993 as its fourth employee and held various management positions during his 11 years with the company. He is an active member of the Louisville, Kentucky, community, where he has served on the boards of several civic and nonprofit organizations, including the Louisville Free Public Library, Public Radio Partnership, Center for Interfaith Relations and Louisville Urban League. He served on the board of Gannett from July 2017 to August 2018.

Louisville Magazine is committed to deeply reported narrative journalism. In recent years Louisville Magazine has published stories on the city’s surge in homicides, the future of coal in Kentucky, evictions, and the problems facing the part of town known as the West End, a collection of nine predominately African-American neighborhoods.

Louisville Magazine throws a Best of Louisville party and, in December, a Prohibition-Repeal Day party for our SWIG publication.

Louisville Magazine plans on doing bigger and better events in the future, and exploring new business models built around growing our subscriber base.