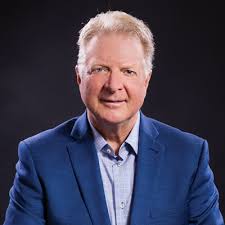 Springfield, MO — 417 Magazine announces publisher Gary Whitaker is the recipient of the Milton W. Jones Lifetime Achievement Award from the City and Regional Magazine Association (CRMA). The award was presented at the annual conference in Minneapolis, Minnesota on May 20.

Gary Whitaker and his wife Joan purchased 417 Magazine in 2001. With a love of 417-land and a mission to be a life-enrichment company, the business has expanded to a multimedia publishing company with a monthly audience engagement of more than 175,000 people. The CRMA board of directors chose Whitaker as the recipient for this award because of the significant impact he has made on the city and regional publishing industry.

“Gary is a consummate leader who has embraced innovation and reinvention at his own media company in Springfield, Missouri, and helped strengthen CRMA by doing the same at the association level,” says Betsy Benson, board president of CRMA and publisher of Pittsburgh Magazine.

Whitaker served consecutive terms as president of CRMA from 2015 to 2017, guiding the association through some challenging decisions. “The years when Gary was the board president of CRMA were transformational, and we are stronger for the vision he had to grow our membership and engagement in the Association,” says Executive Director Cate Sanderson.

On receiving this honor, Whitaker says: “Joining the CRMA when we bought 417 in 2001 was the best decision Joan and I made. I’ve learned from so many of my peers and magazines that I admire all over the country. I’m humbled to know that my peers feel I have helped contribute to their success in some way.”

The City and Regional Magazine Association (CRMA) represents more than 75 regional consumer lifestyle magazines throughout the United States. With a combined readership of 20 million, CRMA member titles represent a powerful media platform for reaching an affluent consumer audience. CRMA provides a broad array of services to its members, including industry advocacy, research and promotion to the advertising community, among others. For more information about CRMA and its member publications, visit citymag.org.